Writing this week’s blog is Dr. Mike Jeans, MATTER’s Director of Medical Projects in Zimbabwe. We asked him to share what it’s like being a doctor in a country with scarce resources and how he’s working to bring dignified medical care to remote communities in his beloved Zimbabwe. Here is his story…

There are at least two things to know about Zimbabweans. The first is that we have an immoderate attachment to our land, and no wonder. Anyone who has seen the marigold blush of mopane woodland at the beginning of the rains, or felt the crackle-hot wind of a Lowveld summer afternoon, or absorbed the scents of sweet potato and wild basil as dusk settles over the bush will know that ours is a soul-snagging land.

The second thing to know about Zimbabweans is that we are a small but persistently noisy nation of storytellers. Indeed, most doctors have a story they can’t stop telling. For me, it’s this idea of what it is to belong to a place. What happens when you are shaped, as completely as I was, by a land of such haunting contrasts? 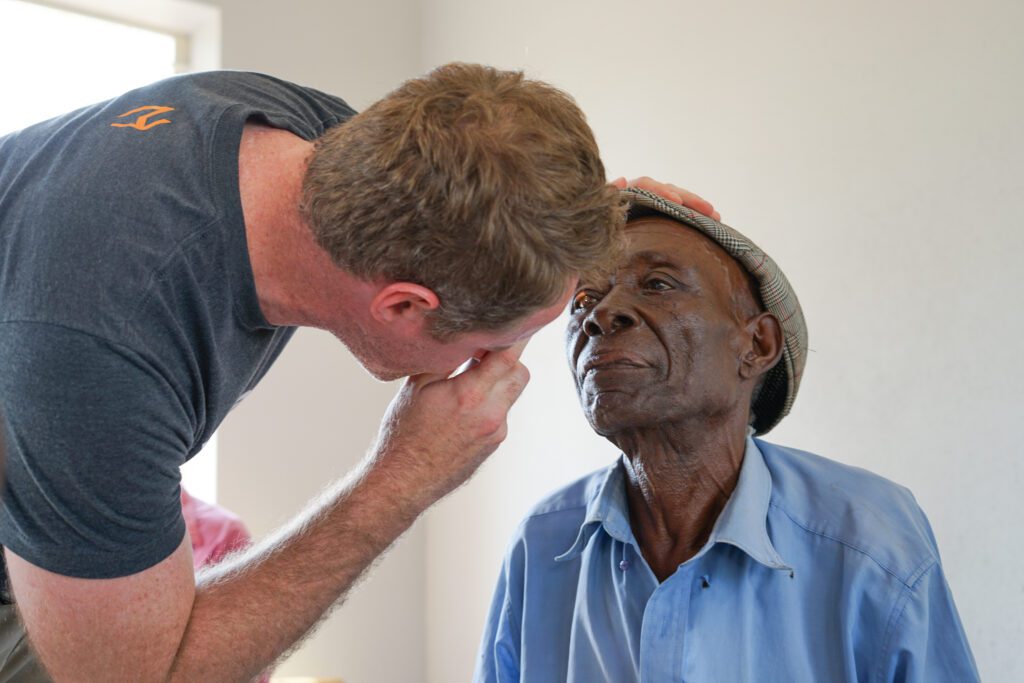 When I returned to my country in mid-October 2018 after completing my medical training in neighboring South Africa, things in the capital city of Harare seemed to be business as usual. I thought I was ready for my first posting as a doctor in the districts, being fresh from the trenches of a busy trauma hospital in KwaZulu Natal, South Africa.

But the town I was sent to was an isolated outpost surrounded by dangerous wildlife, making it a popular luxury safari destination. The hospital, for which I was to be the only doctor, was filled with malnourished children and conditions I’d never seen. The nurses and staff, eccentric and brave folks, helped me confront the medical calamities that piled up – leopard attacks, tribal feuds, performing surgery by flashlight. My first year there was like going to war. Not the tea and medals sort of service, either. I wasn’t floating around in brand-new wards that were gleaming like a space station. No; palliate a cancer patient, debride a trauma patient’s amputated limb; deliver a dead baby.

There’s no easy day and you’re never out of the fight but sometimes you were out of medication and essentials that would be taken for granted in any US hospital, like X-rays, pillows and oxygen. Experience can be the most painful of teachers and like war, it makes you decisive and a survivor. It can make you very damaged or very resilient. But it never leaves you.

A lot of a doctor’s time in such settings can be spent troubleshooting problems outside their traditional teaching at medical school. You could suddenly find yourself being consulted on how to stop baboons from raiding the nutritional garden, or the ambulance’s constant engine trouble, or, my particular favorite, the high care unit’s abrupt loss of electricity after a wandering psychotic patient pulled out every wire and fuse that he could lay his hands on but not before using the only plug point of the ward for a one-man game of Ultimate Frisbee. I know nothing about plumbing or electrics and even less about land cruiser engines but the maintenance guy and I found that we could do a lot with a screwdriver and a helpful YouTube tutorial close at hand. 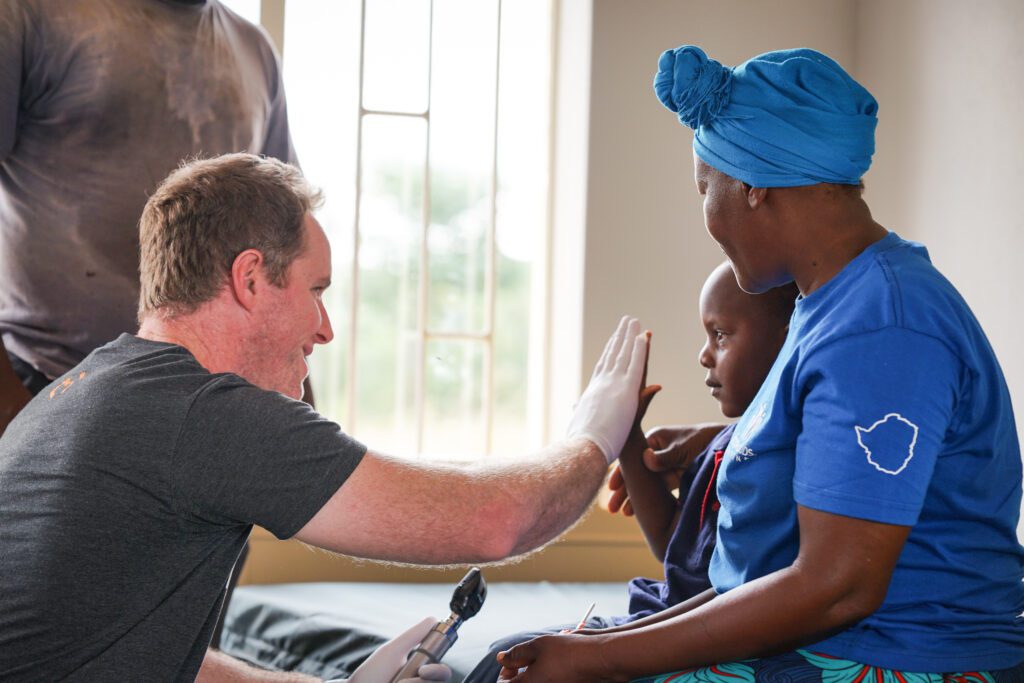 Whenever I whined, I was reminded by the admin lady that we were in a resource-limited setting as they say in hospital-ese. What that meant was your last oxygen cylinder would run out at the worst possible time, with a hypoxic newborn in the ward, but the nearest resupply depot lay 102 km away and your ambulance sits outside with an empty gas tank because a nationwide shortage of diesel finally caught up with your remote town. Or a blackout while you’re performing an emergency cesarean section at 2 a.m. and having to finish the surgery by the dim glow of a cellphone light.

Making it work in these scenarios can provide a real sense of accomplishment, but the other side of the coin is also true. To lose a patient because you didn’t have the resources you needed to save them is something that haunts you forever.

I learned quickly that in such a resource-poor setting, you may not always have what you need at your fingertips. Sometimes you are forced to be creative and to get flexible with the way you treat your patients. You have to remember that although there are protocols, patients themselves are not protocols. Occasionally you are forced to go off protocol and treat them in the best way you possibly can with whatever you have to hand. Imagine being the junior doctor who has to re-inflate the collapsed lung of a stab victim using a urinary catheter to improvise a chest drain and an orange juice bottle filled with saline as the makeshift underwater seal. Yes, you read that right. I know. Africa sure ain’t for sissies. But thankfully this MacGyver-style medicine is usually the exception and not the rule, but I could write a book on all 101 uses for a Foley catheter by now.

I’m relieved to say that many of the issues which I first encountered are now a thing of the past. More doctors were deployed by the Ministry to share the load, the diesel crisis abated eventually and the hospital began to see significant improvements after a chance encounter at the end of 2018. After a particularly punishing night on call, I was lucky enough to meet Quenton Marty of MATTER and donor, Jeannie Burns Buckner, in the hospital corridor one dry summer morning and they asked a simple question, “How can we help?”

Together with their formidable team of highly capable ice-fishing Minnesotans and their local partners on the ground, like Love for Africa and the Ministry of Health, the combined effort has changed the entire medical landscape of my district and many others in the country. 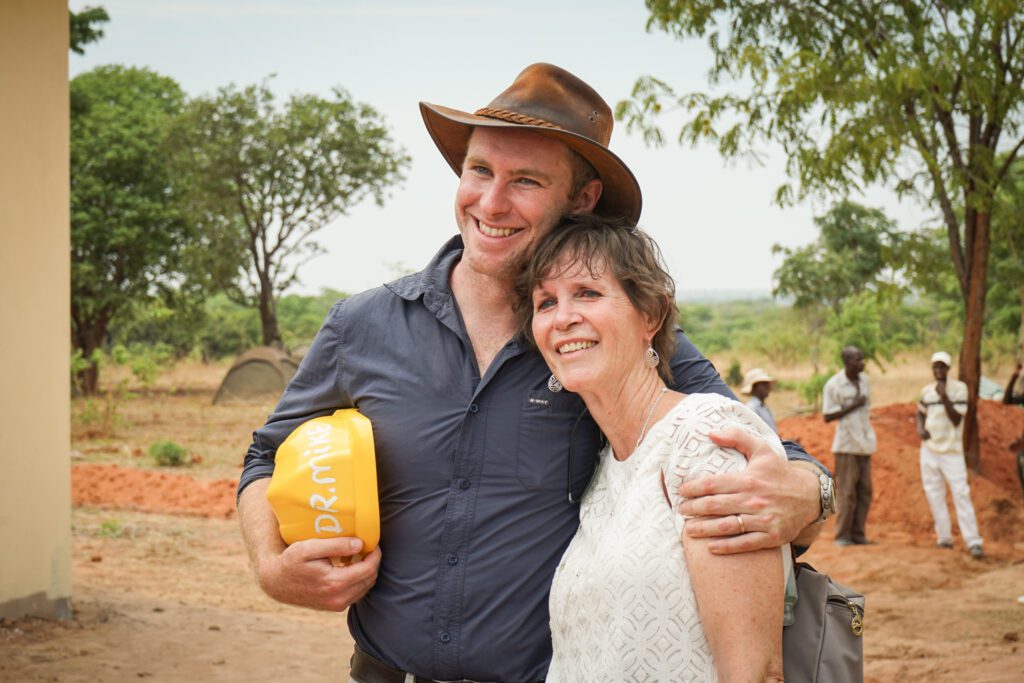 One of the first projects was that of an oxygen-generating plant being successfully installed so that the lifesaving gas could be generated on-site and flow out from ports in the walls. What’s more, a new solar system that harnesses the abundant African sunshine to keep the operating room lights on has been added. The daily anxieties of operating in the dark or our oxygen supply running out are now almost behind us – a story that my junior doctors roll their eyes at because I constantly remind them of how lucky they are to be in an operating room where the oxygen never dies and the lights stay on.

Recently we were able to host the first surgical outreach to our remote town whereby specialist surgeons and anesthesiologists came from all around the country to perform desperately needed operations for many rural folks in our district who could not travel great distances to the major cities for the procedures they so badly needed. All this was made possible by the infrastructure investment and essential equipment provided by MATTER, for which I couldn’t be more grateful.

Many challenges remain and we’ve learned some hard lessons over the years but the spirit of collaboration is alive and well. The future is bright and there is a real sense of hope for those who depend on our ability to provide dignified and safe medical care in this broken but achingly beautiful land where we belong.