Rock to Change The World

Previous Next
Rock to Change The World

Rock N’ Roll Hall of Famers KISS, #Rock2ChangeTheWorld with a rare unmasked performance, raising over 1 million in contributions to further the work of Matter and Opportunity International. The band who ignited the 80’s youth rock n roll craze left the fire-breathing and spiked platforms behind to rock out to raise money for children next door and around the world.

Over 900 guests arrived at host Cargill heir Margaret “Muffy” MacMillan’s home in Long Lake, MN ready for an unforgettable evening.  The R Factor got the party started as VIP guests struck poses with the men behind the makeup and dined on one-of-a-kind culinary creations by CRAVE Catering.

All eyes were glued to the stage as Gene Simmons shared his personal story, revealing the drive behind his passion to elevate the lives of women and children not only in USA, but around the globe.

“My job, your job, everybody’s job here is to leave the world a better place” – Gene Simmons

John Pohlad presented Paul Stanley with the Folds of Honor 2016 Wingman Award. KISS is an advocate for change and ignited a spark in the influential Minnesota guests to step up and give back.

“Charity is not an option, it’s an obligation” – Paul Stanley

Multiple signed guitars were auctioned off and even the chance to be on stage with KISS as they performed their party anthem “I Wanna Rock N’ Roll All Night.” When KISS took the stage, there was an unmistakable passion in Gene Simmons’ eyes that was a testament to his dedication to making the world a better place and helping everyone matter.

“
[Charity] shouldn’t be limited to the rich and famous. Giving begins at home.” – Gene Simmons

The evening was sealed with a KISS and a 20-minute firework display as over $1 million was raised to elevate the lives of women and children, next door and around the world. 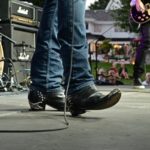 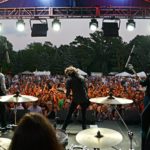 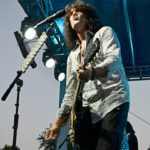 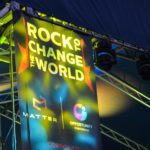 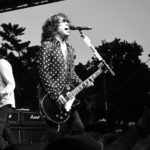 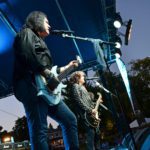 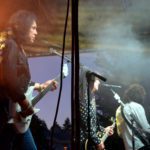 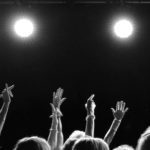 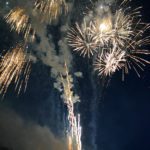