Previous Next
MATTER 360° – Repurposing Medical Equipment in Tanzania & Beyond

“I became pregnant shortly after the opening of the Father Patrick Peyton Healthcare Centre. Every time I came here to the prenatal clinic, I left hopeful that my life and that of my babies were safe. I will remain grateful for the unparalleled care that I received at the facility. I am now the happy mum of twins. May God bless our health centre.”

New mom, Winrose Massawe, knows how fortunate she is that she and her babies are safe and healthy today. Winrose lives in the community of Sombetini outside of Arusha, Tanzania. For most women living in impoverished communities around the world, like Sombetini, pregnancy is fraught with danger and often ends in death for the new mothers or their babies. For Winrose and the women in Sombetini though, that would change in 2019 with the opening of the first healthcare facility in their community. Built by the Sacred Heart Parish in 2011, the beautiful three-story, 60-bed maternity and pediatric hospital sat empty for eight years waiting for the medical equipment and supplies to bring it to life. 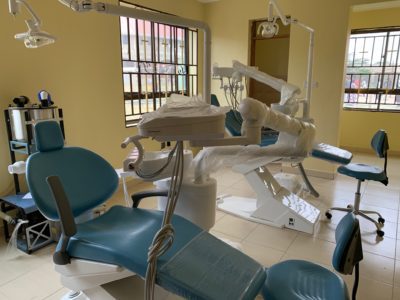 That’s when MATTER was approached by donors to join the project. By procuring medical equipment and supplies from our hospital partners in the United States, MATTER equipped the facility with everything it needed to be able to open its doors to serve the people of Sombetini. In June of 2019, amidst much fanfare and celebration, the Father Patrick Peyton Healthcare Centre officially opened.  A state-of-the-art facility containing a dental clinic, lab, pharmacy, minor operating theater, pediatric clinic, and outpatient examination unit, the healthcare center is delivering high quality, dignified care that Winrose, her babies, and the people of Sombetini deserve.

Equipping the Healthcare Centre in Sombetini provides a great example of how MATTER is committed to helping underserved communities by repurposing used medical equipment and supplies that would otherwise end up in landfills. In the US alone, nearly 5 million tons of non-hazardous medical waste is produced by hospitals every year. In response, MATTER has created the MATTER 360° initiative to attack this staggering environmental crisis through the distribution, resale, and recycling of equipment and supplies.

Here is how the MATTER 360° model works: When hospital partners in the US donate their used equipment to MATTER, the vast majority (93 percent) are repurposed to hospitals and clinics around the globe. In 2019, MATTER was able to repurpose more than 1 million pounds of equipment. Of the remaining supplies and equipment received, MATTER remarkets approximately 2 percent via sales channels to support MATTER projects and operations. Unusable supplies and equipment, approximately 5 percent, are recycled annually, resulting in total waste of just 0.6%. 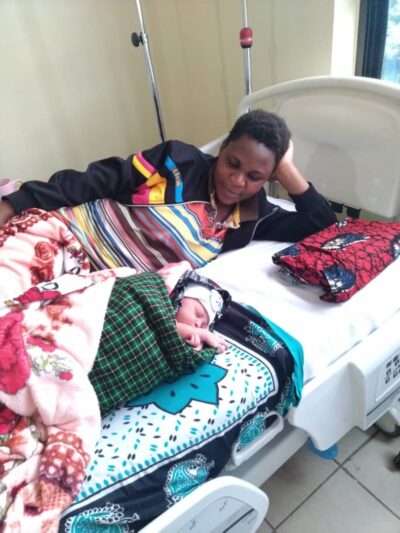 This dual purpose of extending the life of medical equipment while also helping the environment is exciting to our hospital partners. Ellie Zuehlke, Director of Community Benefit and Engagement at Allina Health, shared her perspective on the MATTER 360° initiative.  “The MATTER 360 model allows hospitals to donate their excess supplies and retired equipment knowing they are helping people AND the environment. Repurposing versus disposal is a win-win proposition.”

Dr. Christopher Tashjian of Vibrant Health Family Clinics added, “Repurposing medical equipment and supplies allows physicians around the world to care for patients who might otherwise not get the care they need and deserve. I have seen the results myself and know that the MATTER 360 model makes a life-changing difference.”

Indeed, it does. In June, the community of Sombetini celebrated the one-year anniversary of the opening of their Healthcare Centre and the many lives that have been impacted by the facility. Father Prosper of Sacred Heart Parish reflected on the past year,

“Looking back at this one full year and the services we have been able to offer we can only say it was never in vain. Up to this point, we have attended to over 5000 patients from within our locality and beyond. We have seen mothers safely deliver their new babies, the youth receiving back their energy and the elderly become more hopeful.”

In the end, that’s what it’s all about. With the MATTER 360° initiative, MATTER and our hospital partners in the United States and internationally will continue to create healthier communities while also helping to create a healthier planet, making the future even brighter for Winrose’s twins and for all of us. If you would like to support this specific project, an additional $5,000 is needed for an electronic medical records system for the hospital.

Watch the most recent video of the Father Patrick Peyton Healthcare Centre on its one year anniversary in June 2020!