Remember when you carried a wallet with cash? For some of us, using paper money and physical currency is nothing but a distant memory, and many younger people have grown up never even using cash. And with the move to a cashless society, built around credit cards and digital payments, comes the loss of privacy afforded by cash, traded for the ease of use these methods offer. Bitcoin provides an alternative payment method and savings technology that preserves user privacy and protects financial freedom, especially in parts of the world with less of both. MATTER has embraced Bitcoin as a method of payment, not just because some people might wish to donate to us that way, but more so because Bitcoin strengthens social justice in many areas around the globe by protecting finances, preserving privacy, and increasing accessibility to financial resources, where traditional banking is difficult or non-existent.

Briefly defined, Bitcoin is a digital currency that allows people to transfer value without the need for a third party. It’s based on an open-source peer-to-peer network with no central authority or single administrator. The system, built entirely using decentralized blockchain technology, means there are no central servers to shut down or through which to monitor activity, and cryptography is used to verify transactions. Finally, it is important to note that Bitcoin embraces digital scarcity, and the supply can’t be increased, allowing it to maintain its value relative to any other forms of money.

Bitcoin Provides Freedom In Many Ways

When we say that Bitcoin provides freedom and strengthens social justice, there are several ways that this occurs. A Bitcoin transaction, as compared to other cashless ways of transacting, protects finances, preserves privacy, and increases accessibility to financial resources. We’ll explore each of these areas in more depth.

Bitcoin protects financial resources in multiple ways. Cryptocurrency is like cash but transfers electronically and securely with the blockchain. It is not associated with your bank account and transfers to you electronically and securely, with final settlement. This means that it is more secure than cash and less prone to fraud. Plus, Bitcoin knows no geographic boundaries so you can take this digital asset with you, simply by memorizing a 12-word seed phrase (or writing it down) if you leave one part of the world for another.

When you purchase something using a credit card or a digital payment technology, the credit card company or seller learns a great deal about you. And the more you use their service, the more they know about you, and they might sell this information to other companies. While this may cause concern, it isn’t life threatening. However, let’s imagine a corrupt government wants to learn more about your activities — this could have an impact on your real freedom. When you use Bitcoin, however, due to its decentralized nature with no governing authority, it is very difficult for someone, like the government, to track your transactions and associate them with you providing you haven’t informed the government of the connection between your identity and your Bitcoin wallet. Further, in areas of the world with fewer freedoms, it means that your finances can’t be impacted by events like governments devaluing currency through the inflationary policy of a centralized banking system or affecting money supplies in other ways. So, Bitcoin transactions offer a type of freedom that isn’t available by using a traditional currency system that relies on central bankers.

In parts of the world where access to banking using fiat currencies remains difficult, and before digital cash, might have meant many hours of travel to even get to a traditional bank, Bitcoin makes financial transactions possible using nothing more than a cell phone to do online trading. In fact, you can transact with anyone in the world, with final settlement, as long as you have access to the Internet. This allows a company in the US to pay a teenager in Nigeria for graphic design work, for example, without that teenager needing any access to Nigerian banking services or government approval.

Finally, banking might not even be available to people for other reasons, especially in cases where dissidents or any other person may be banned from financial services by their government as punishment, or by a banking entity that doesn’t like the way people are moving money. In short, crypto trading creates new forms of economic freedom that otherwise simply wouldn’t be available. 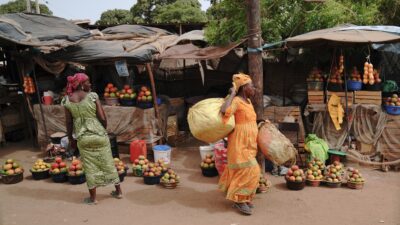 As a nonprofit that works in some of the most difficult places in the world, we have seen many challenges firsthand. Bitcoin and other cryptocurrencies are not just about making money or getting rich, as you might hear on the news. Rather, they offer a new approach to freedom in many places around the globe where traditional banking is difficult or non-existent by protecting finances, preserving privacy and increasing accessibility to financial resources. The result? Strengthened social justice, making the world a better place for more people.

To learn more about how you can donate Bitcoin to help MATTER further our mission, please visit our website.