MATTER is a global nonprofit on a mission to help people launch projects that improve communities.

MATTER is a group of problem solvers, innovators, dreamers, and above all, doers. We bring together some of the best companies, experts, and partners, to take on some of the biggest health challenges our world is facing today. Over the next three years, we will design and implement solutions to impact 10 million people around the world.

Half the World’s Population is Unable to Access Essential Health Services.

Due to Obesity, Unhealthy Eating Habits and Physical Inactivity, Kids Today May Be Less Healthy and May Have Shorter Life Expectancy Than Their Parents.

The Next Generation Does Not Have the Necessary Problem Solving, Critical Thinking, and Continuous Learning Skills that will Allow Them to Compete in a Technologically Driven World.

How We Were Called to MATTER

“What do you have in your own two hands?”  This foundational question is the soil from which we have grown to become MATTER.

When Minnesota business owners Dennis and Megan Doyle saw valuable corporate surplus being discarded, they took action. Using what was in their own two hands, warehouse space, they began to gather life-saving resources to put into the hands of people that could benefit, specifically people living in scarcity. It soon became their calling, and in 2000 they started Hope for the City.

Over 20 years later, we have evolved to be called MATTER. Our name calls us to action and drives us to create a world where we all matter. As an organization, we focus on leveraging two of Minnesota’s biggest resources: incredible healthcare and bountiful agriculture.

While not a faith-based nonprofit, we refer to MATTER as “faith-inspired”, a result of the deep conviction and strong belief of our founders, who were inspired by two Scriptural commands: “To take care for the least of these”, from Matthew 25; and to be good stewards of God’s creation and its abundant resources, as found in Genesis 2.

Since 2000, tens of thousands of donors and volunteers have helped grow MATTER into an organization that to date has distributed over $655 million in restorative aid and is impacting millions of lives around the world.

What do you have in your own two hands? It’s a simple, yet profound, question that can change the world. That IS changing the world. Join us in creating a world where everyone and everything is valued for all its worth.

A world where we all MATTER.

We’re a small team of passionate entrepreneurs with big goals to disrupt the health space and create real change. 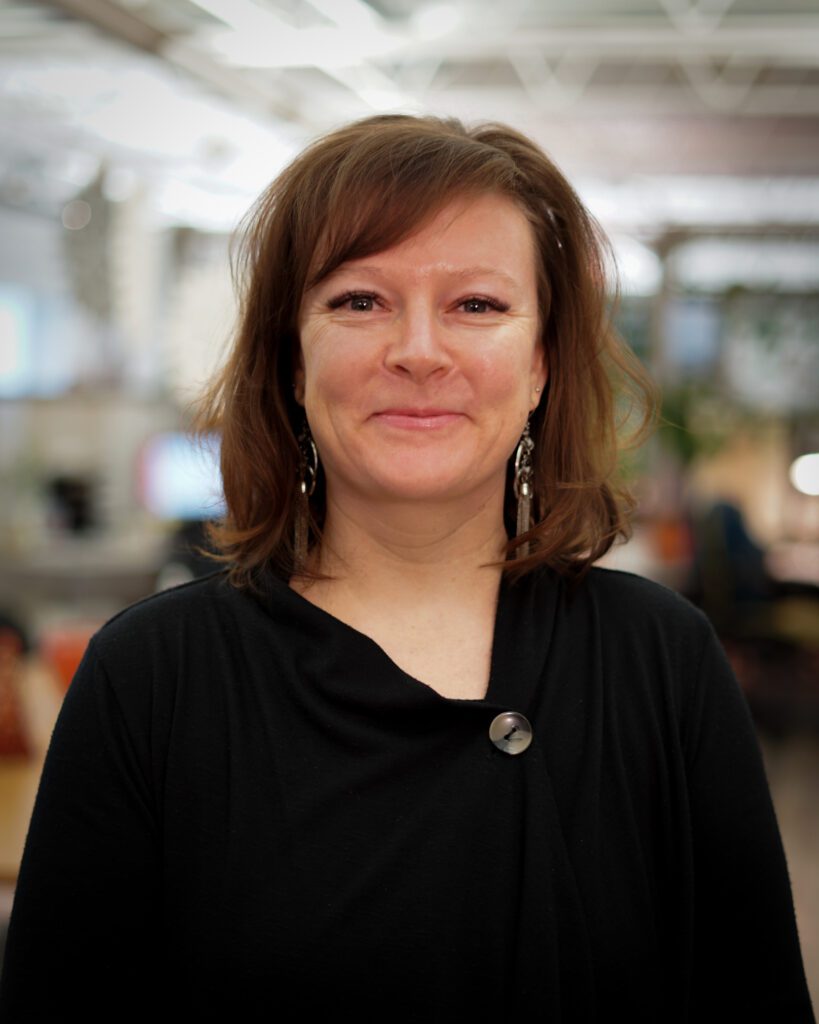 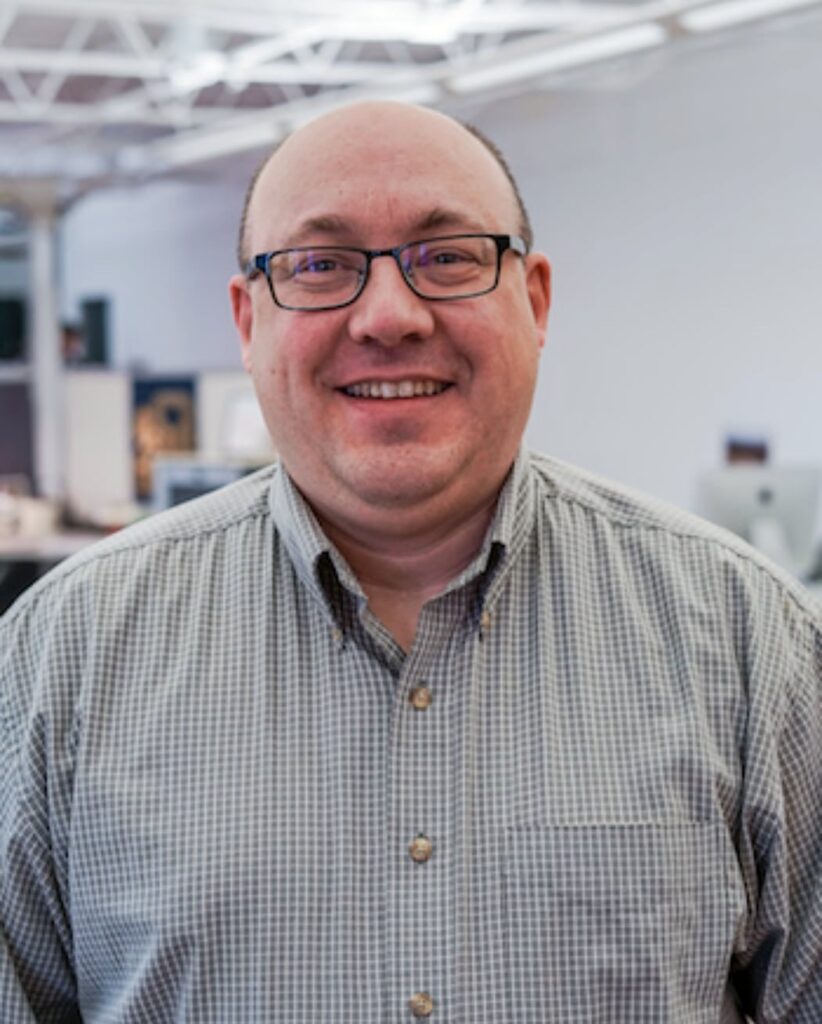 Brian has been involved with MATTER since its founding as a past corporate funder and board member. He possesses an extensive professional background in research and communications, and is the co-author of Feedback Rules!. Currently, Brian provides expertise to MATTER by leading organizational insight activities to listen to MATTER constituents through stakeholder feedback, project evaluations, and staff & board assessments. Brian also plays a significant role on the communication team building visibility for MATTER through search engine optimization (SEO), Google/social media ads, content marketing, public relations, social media, and the website. 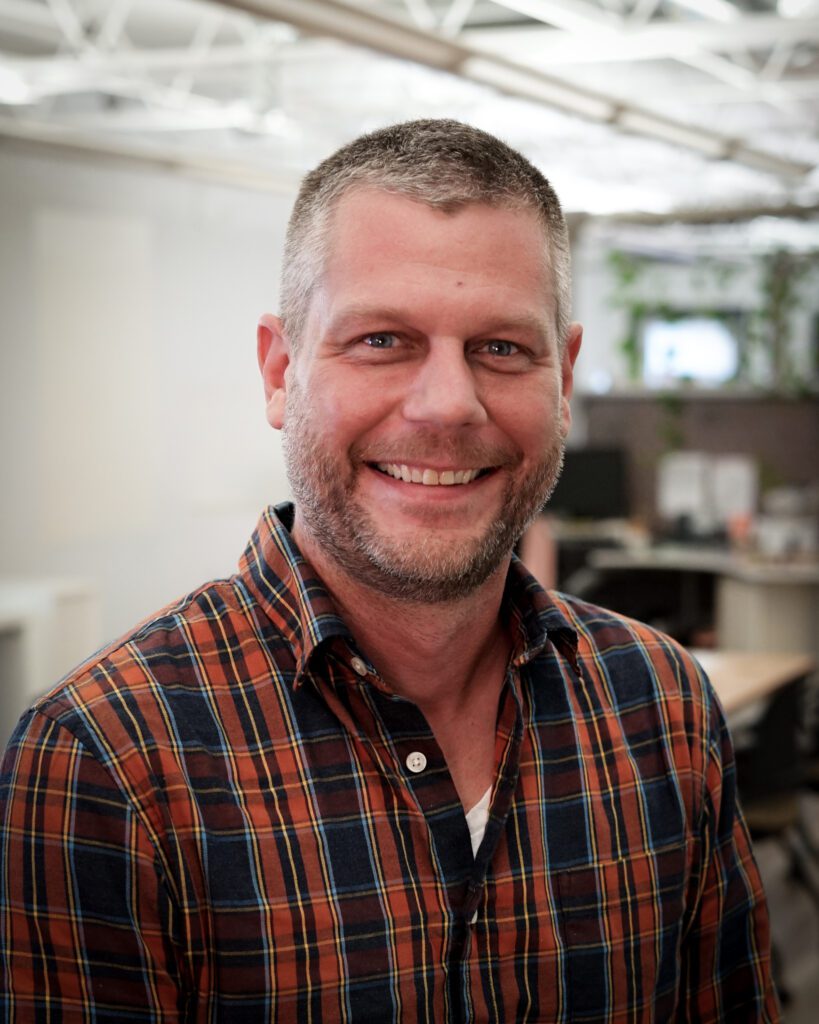 Chris came to MATTER after owning and operating a successful organic farm for over a decade. In his role at MATTER, Chris ensures transparency and accountability for the business units and MATTER’s push to accomplish the vision of sustainability through Social Enterprise. Chris is also Owner of the Chaya Tree Project, ensuring the vision is fully realized to improve health and nutrition in rural communities and to build an economic development component. 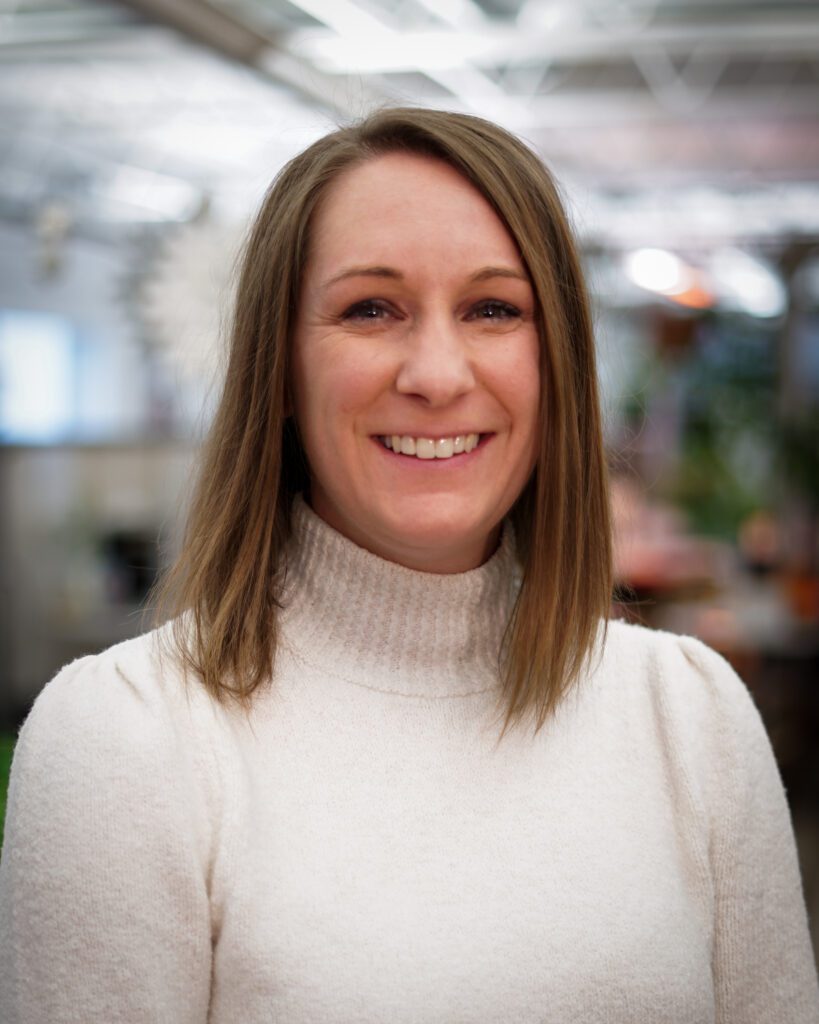 Dena works with MATTER as a Nonprofit Engagement Event Sales Representative. She lives in Lancaster County, Pennsylvania, and is employed by Cargill as a Subject Matter Expert – PPM. She has extensive experience in Leadership & Team Management, Community Engagement & Fundraising, and Event Organization. She’s also passionate about the importance of building heathier communities, a passion that led her to join the MATTER team. In her role at MATTER, Dena will oversee the sales of MATTERbox Volunteer Kits to companies and organizations on the East Coast that want to create meaningful employee engagement events to impact their communities with healthy food. 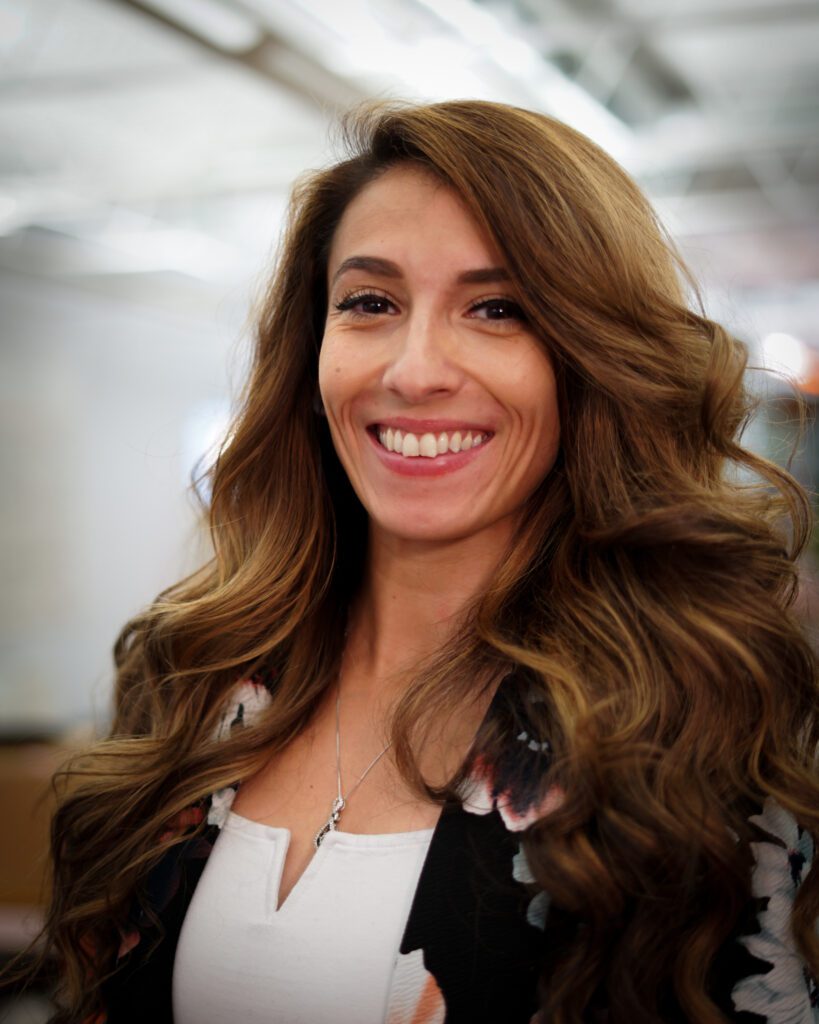 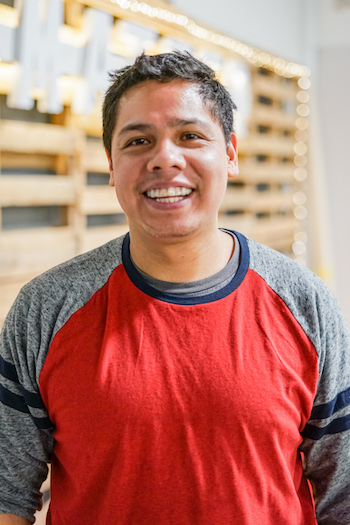 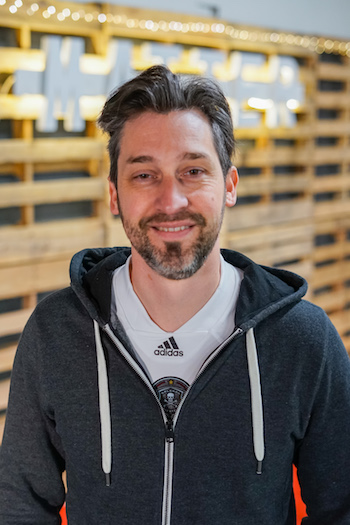 Jeremy joined MATTER following extensive international experience working in Congo and Tanzania in education, microfinance initiatives, and entrepreneurship development. While studying for his M.B.A. at the Carlson School of Management at the University of Minnesota, Jeremy was a founding member of Microfinance Alliance. At MATTER, Jeremy is owner of the MATTER Innovation Hub and provides oversight and direction to the Finance Team. 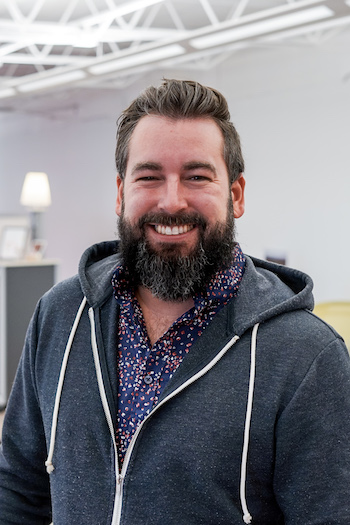 Throughout Joe’s career as an innovator, strategist, and brand storyteller, the passion for solving big challenges and telling compelling stories have been a driving force. Joe is Lead of our Strategy Team and heads our strategy development, execution planning, and monitoring of success. From an organizational to project level, Joe helps ensure that we keep our strategy and vision aligned to our mission. As driver of the MATTER brand, he also works with the Development and Marketing Team and the business units to drive sales and donations to launch projects. 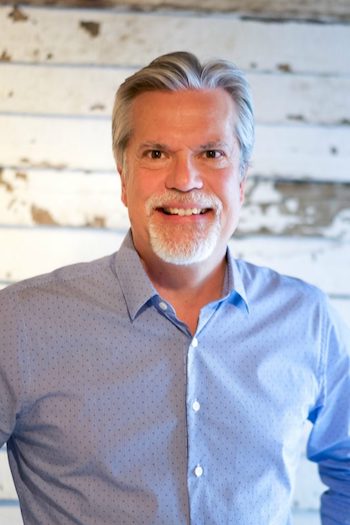 With 18 years of technology sales, 12 years as a small business owner, and seven years in nonprofit development, Joel brings a wealth of diverse knowledge and experience to his role at MATTER. As Owner of the Equipment Team, Joel is responsible for acquiring GIK and procuring items to fuel the growth of social enterprise. He also works on strategic relationships with donors and buyers of medical supplies and equipment in addition to consulting on projects. 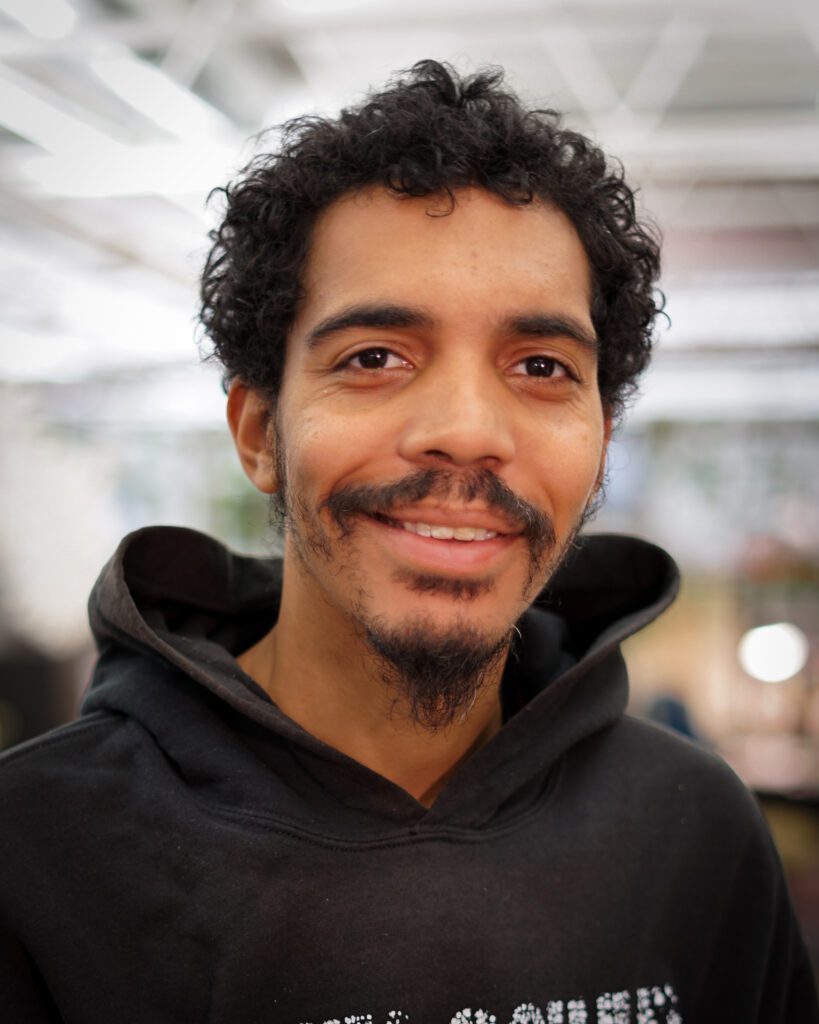 Josh works with the Supply Sales Team, as well as with the Operations Team, to support warehouse activities. 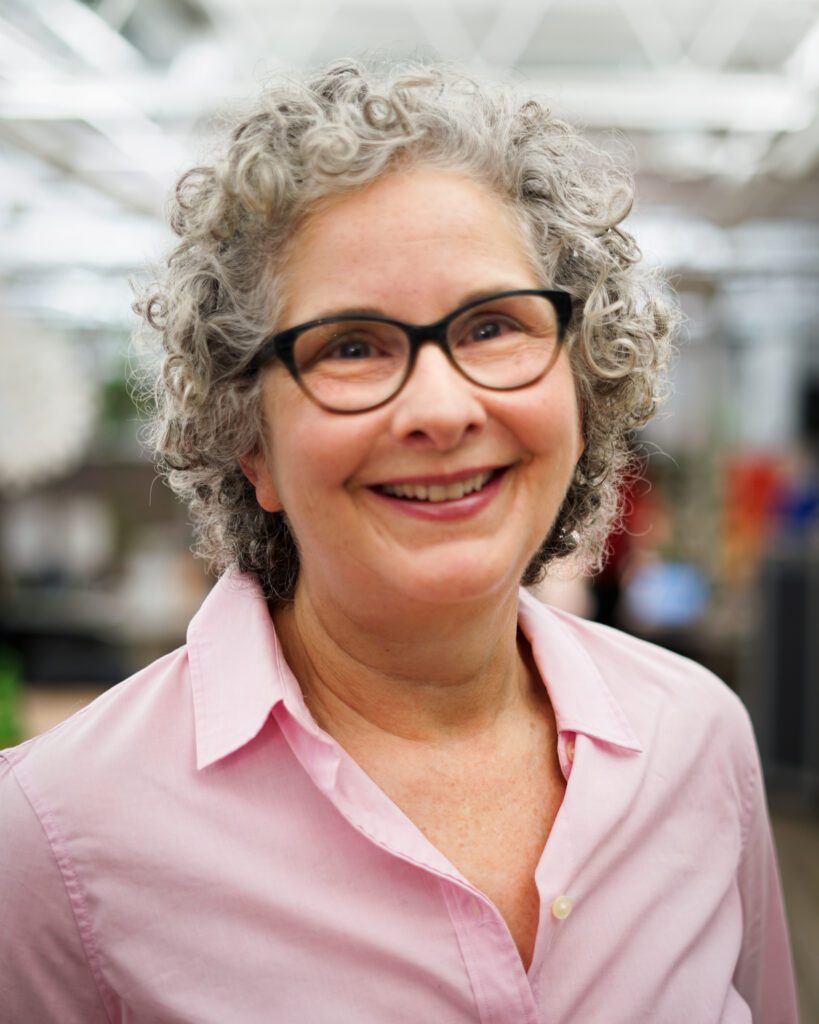 Judy works with the MATTER 360 Business Unit to help ensure MATTER’s sustainability so we can increase activity to launch projects that improve communities. 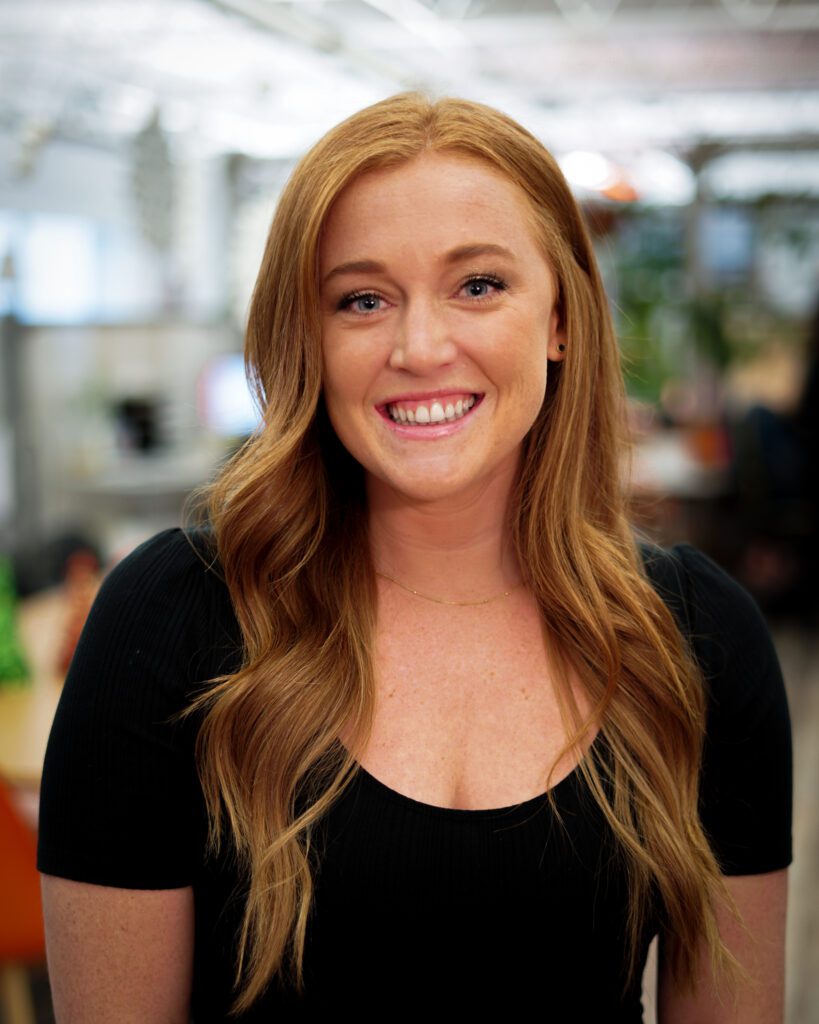 With nearly 10 years of experience in the medical field and certification as a Functional Medicine Coach, Katie has a passion for providing dignified healthcare and nutrition to people all around the world. At MATTER, Katie is Owner of the Hospitals and Clinics Team. She works closely with the MATTER 360 Business Unit to ensure sustainability goals are met. 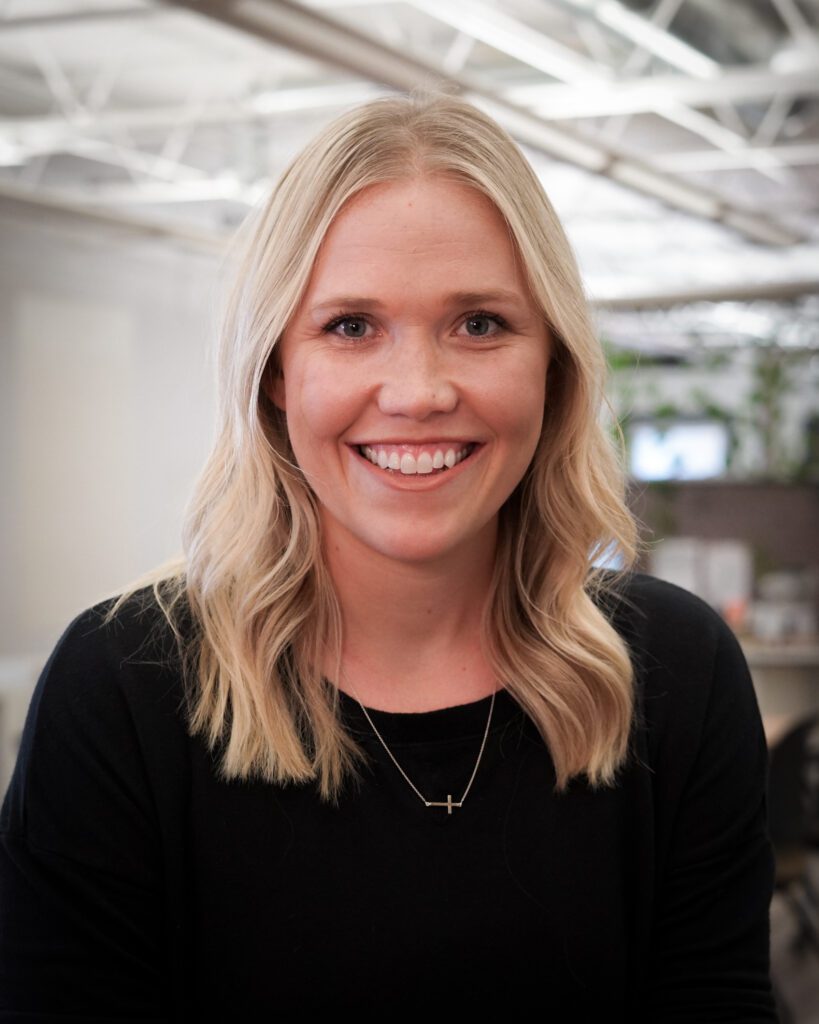 Katie has experience in corporate and non-profit organizations in the US and abroad. She joined MATTER in 2017 but took a sabbatical for two years to serve at a secondary school in Uganda. Since returning to MATTER, Katie provides leadership as Owner of our Events Team and Volunteer Team, as well as collaborates on Insight Trips. 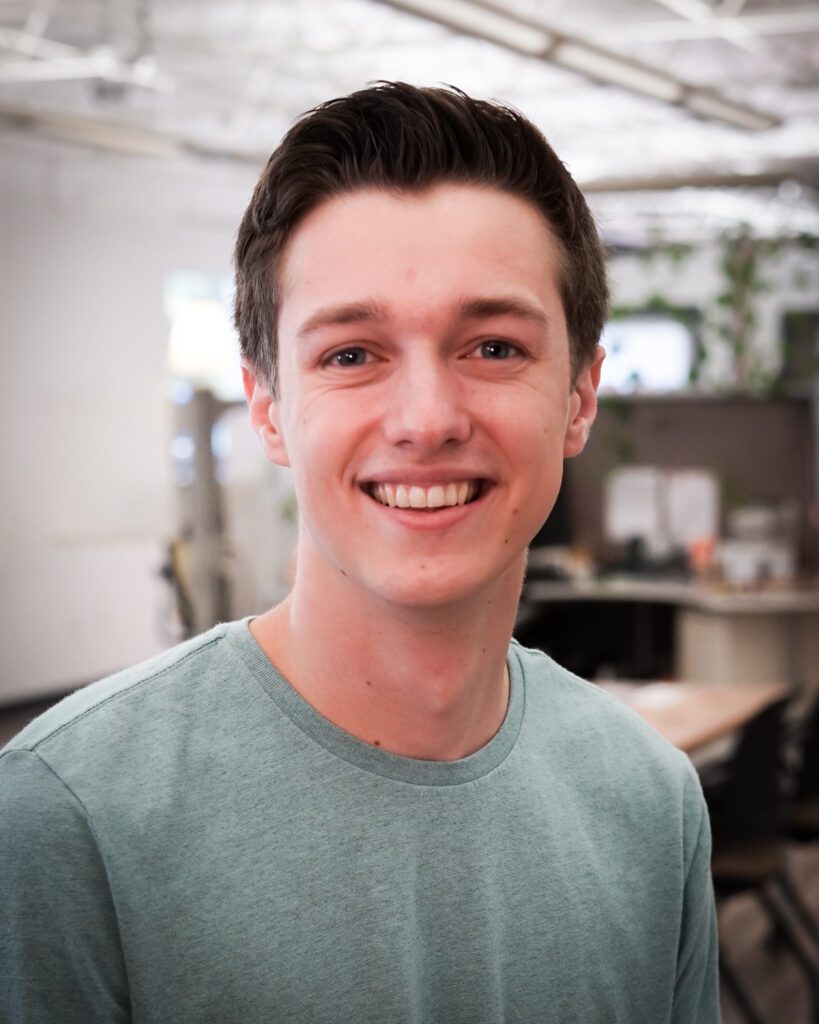 With a degree in computer science, Max has a passion for improving work efficiency with new processes and technology. At MATTER, Max facilitates the MATTER 360 Business Unit and ensure financial metrics are achieved. Max also ensures that the Supply Sales Team technology is progressing to handle the increase requirements to fulfill MATTER’s vision of self-sustainability.. 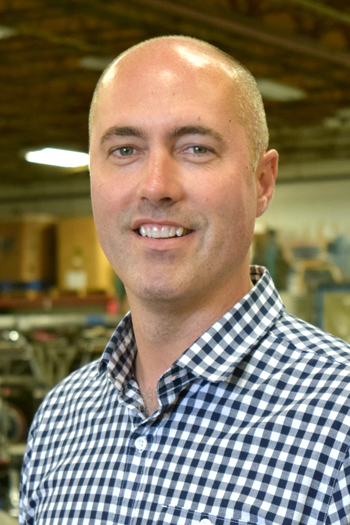 Quenton has extensive experience in the field of international development and microfinance, having developed a funding strategy for HOPE International, led microfinance in Ukraine, and ran a small business in Poland. Quenton holds an MBA with a concentration in International Finance and has traveled to over thirty countries. As President of MATTER, Q leads the Board Team and acts as the Owner of the Major Donor Team. 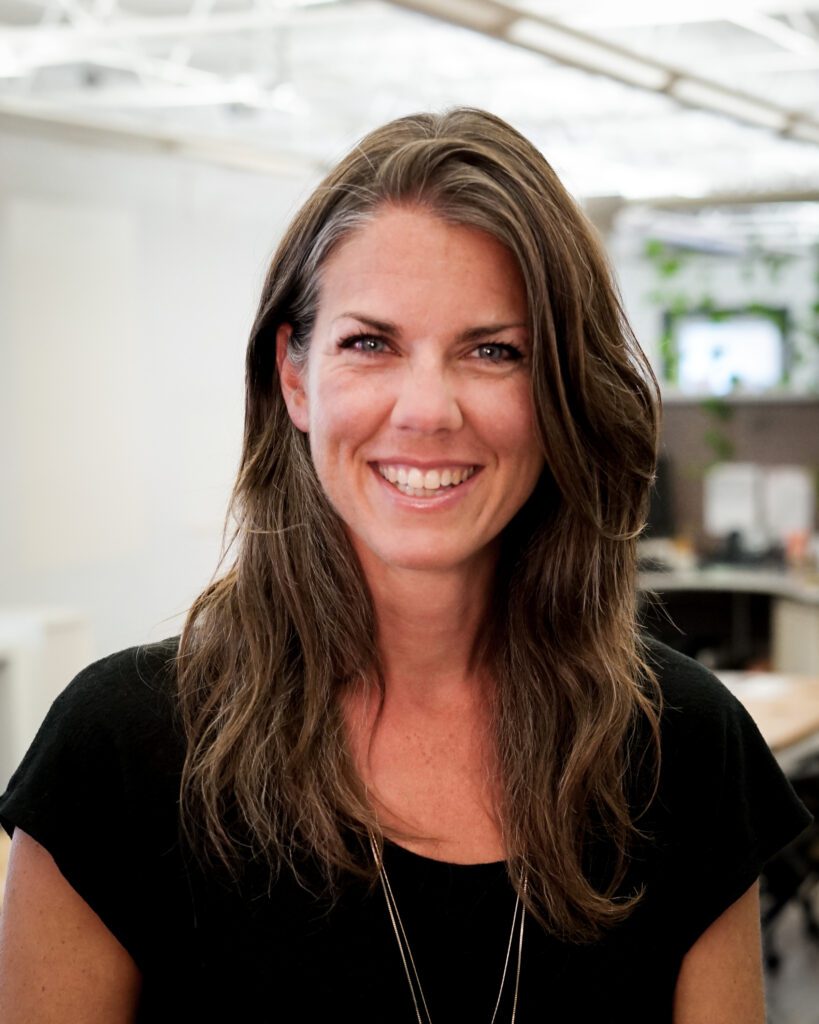 Rebecca came to MATTER with 20 years of nonprofit development and fundraising experience in the areas of education, cultural and environmental causes, and healthcare outreach. In her role at MATTER, Becca provides oversight for MATTER’s development activities and goals, including Insight Trip strategy and planning. She also leads the Development and Marketing Foundational Team. 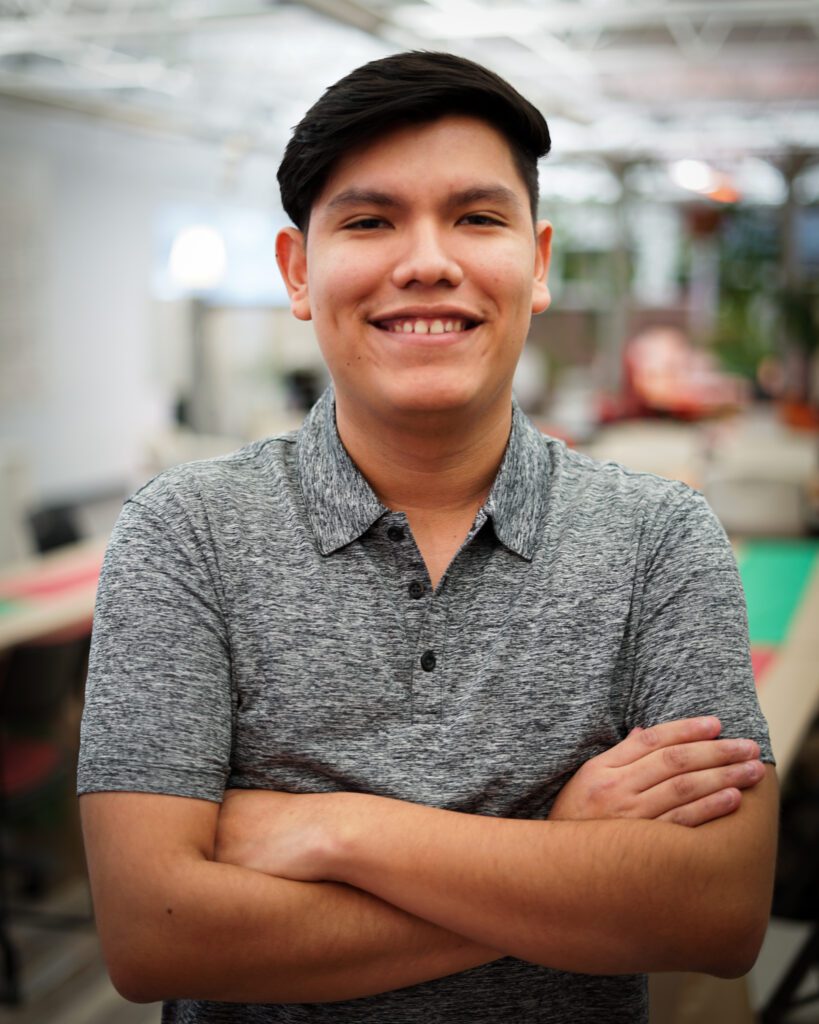 As a graduate of Bethel College with a degree in Accounting and Finance, Roberto leads the Finance Team and works with the Business Unit facilitators to ensure the social enterprise goals are realized. 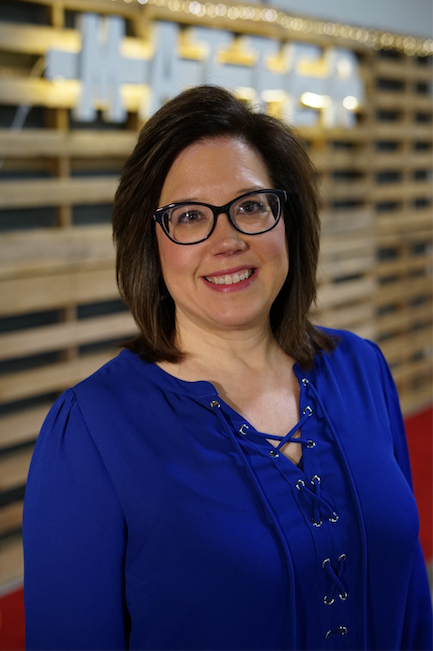 Sue came to MATTER with nearly thirty years of experience in teaching and curriculum development. In her role at MATTER, Sue leads our storytelling efforts through our blog by writing engaging updates about partners, projects and people. She also assists the Development and Marketing Team in writing copy for communication pieces for internal and external audiences. 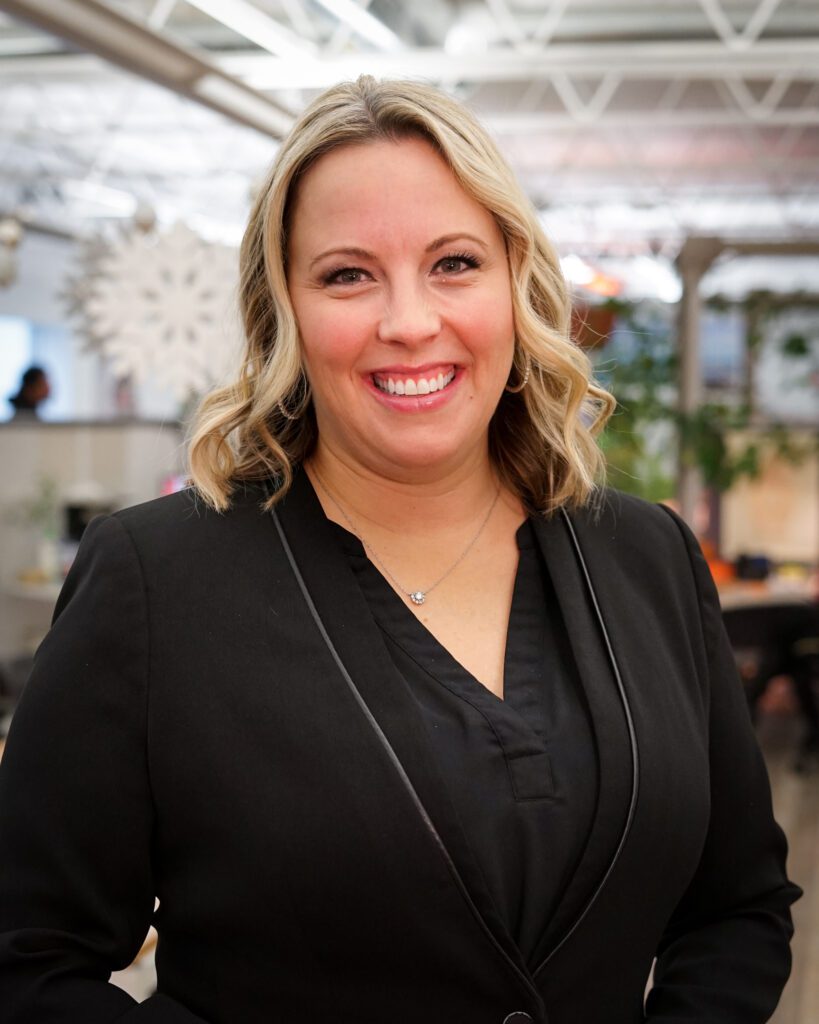 Tami spent decades in the professional sports industry, most recently as Director of Women’s Initiatives, Strategic Development and Cheerleading for the Minnesota Vikings. She served as the President of the Women in Sports and Events Twin Cities Chapter since its inception and is now on the advisory board. Recently, Tami was named one of the Top 50 Women in Business by the Minneapolis St. Paul Business Journal. In her role at MATTER, Tami facilitates the External Engagement business unit and ensures financial metrics are achieved. Tami also is Owner of MATTERpro. 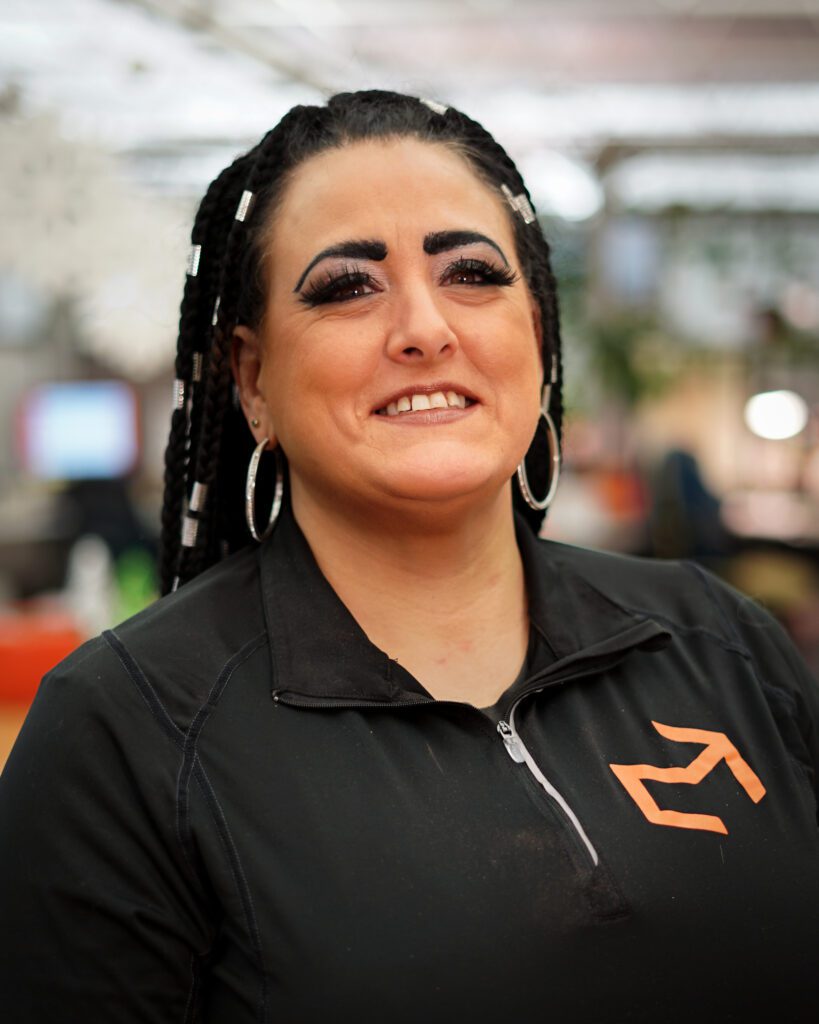 A native of New York, Tammy has over 25 years of experience in start-up business and non-profit promotion and structure, grant writing, strategic planning programs, economic development, tourism and Native American health and education programs. In her role at MATTER, Tammy is Owner of the Acquisitions Team. She also works with the MATTER 360 Business Unit to help procure equipment and supplies for projects and assist with MATTER’s vision of self-sustainability. 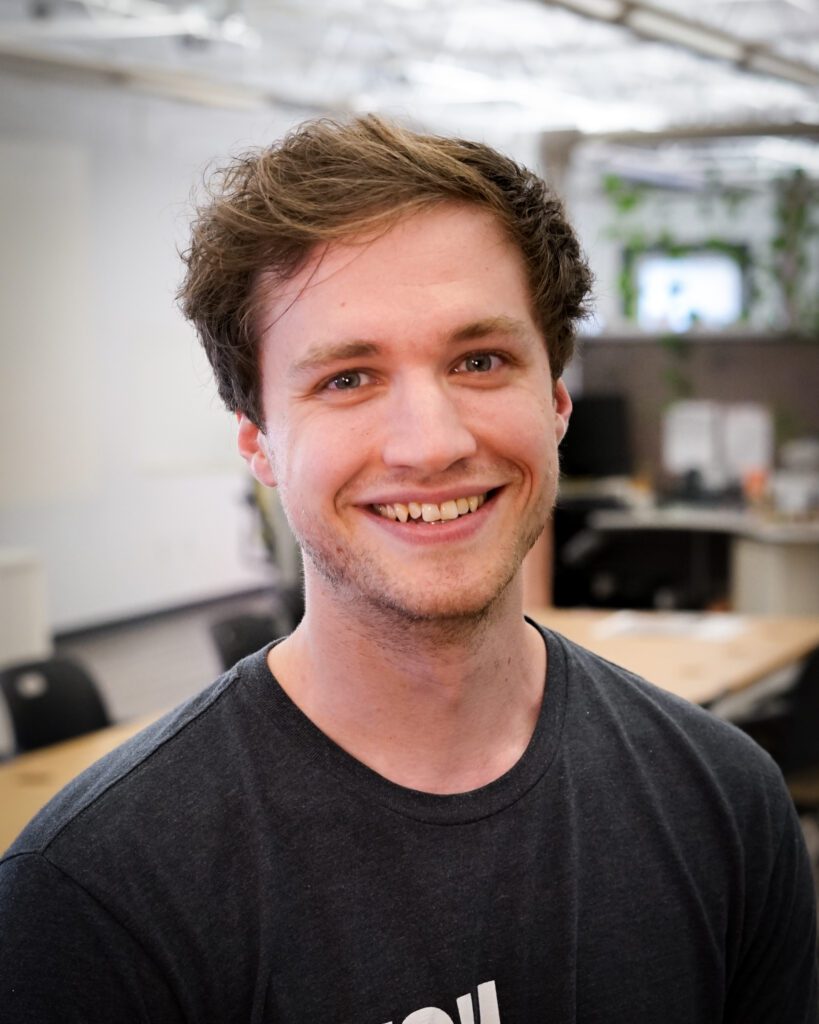 Trevor came to MATTER with a diverse variety of experience, including coffee shop management, technology repair and carpentry. As Owner of the Supply Sales Team, Trevor focuses on sales to current and new buyers, and finds new and improved ways to leverage supplies to achieve MATTER’s vision of self-sustainability. He also collaborates with the MATTER 360 Business Unit to achieve goals. 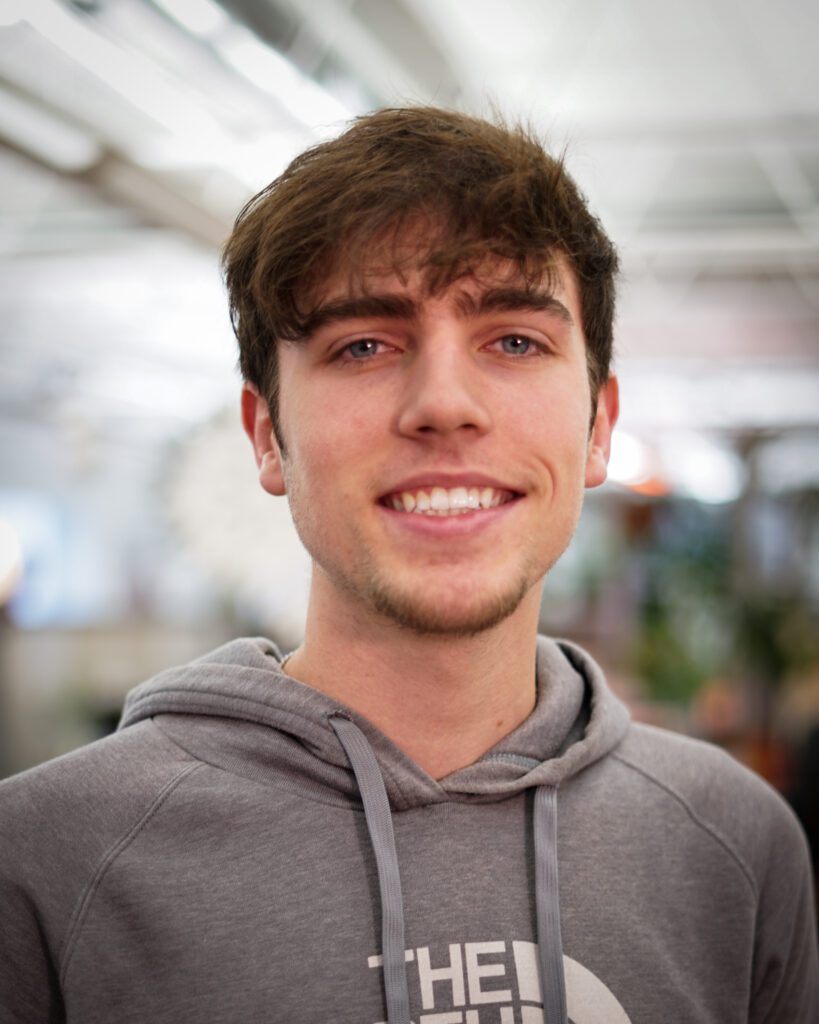 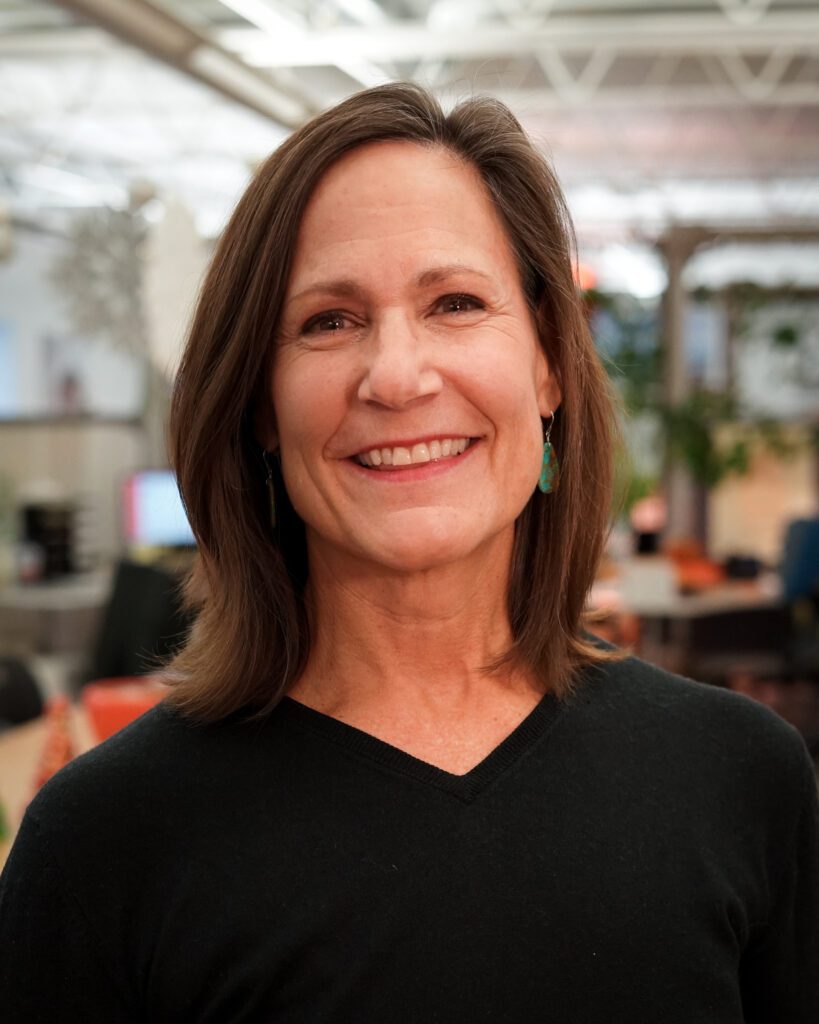 Vicki came to MATTER with broad nonprofit experience from 25+ years of board leadership positions, including serving as President of the Women’s Board at Dayton Children’s Hospital and several other nonprofits. Vicki also possesses event leadership expertise, including developing corporate sponsors, as well as planning and executing special events. In her role at MATTER, Vicki is Owner of our MATTERhouse Team. She also works to develop relationships with business owners and corporations to contribute to MATTER’s projects and help achieve MATTER’s vision of self-sustainability. 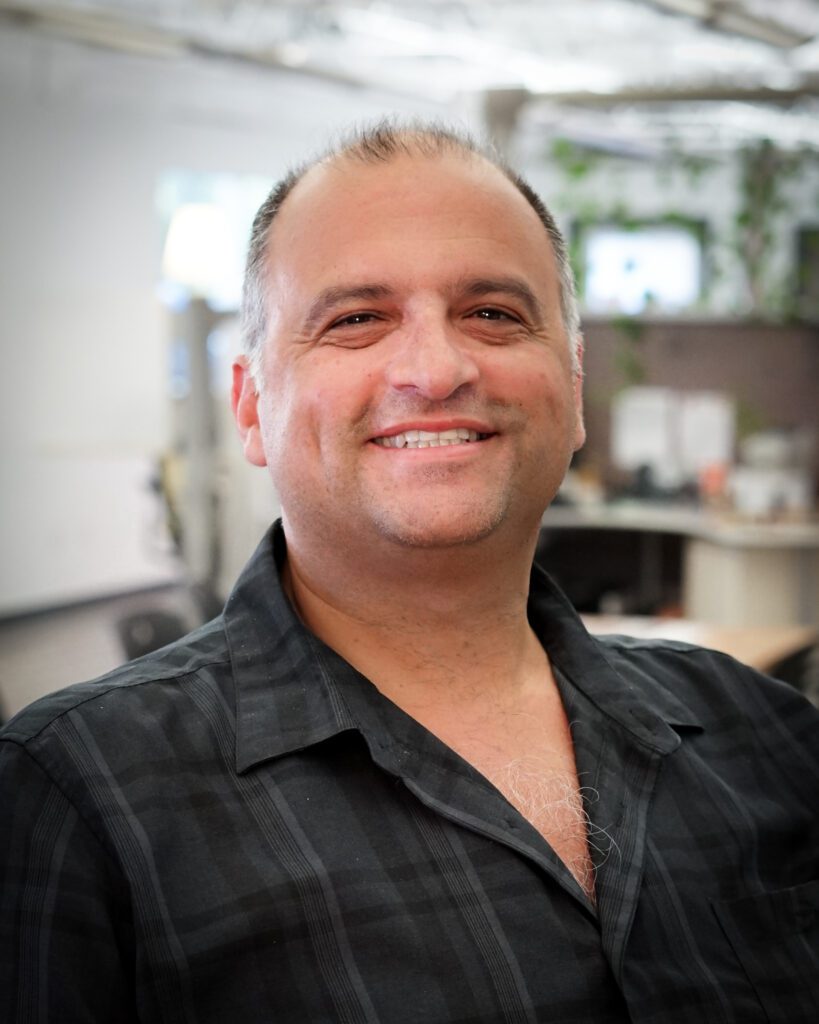 Victor’s 30 years of experience in the for-profit industry of hospitality and food service management includes such well-known companies as Hilton, Famous Dave’s and Crave. At MATTER, Victor is Owner of the MATTERbox Team. He also works to ensure MATTER’s operations, including occupancy and internal operation functions, work well and improve. Additionally, Victor assists the People and Culture Team in providing ongoing support to the team, its efforts and improvements. 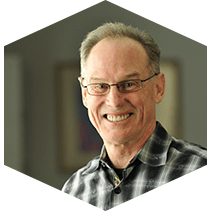 MATTER is built upon a foundation of sound financial stewardship. We believe that to whom much is given, much is required. We apply this belief to every donation, large or small, and use it to create the highest level of financial accountability and transparency.

More than $655 million in resources distributed

96 cents of every dollar donated goes to programs

We are deeply grateful to our supporters for their generosity. A big thanks to the following companies and individuals who have helped make our work possible.

Click here to view all of our Supporting Partners