Driven to What Matters Most: Part 2

Previous Next
Driven to What Matters Most: Part 2

The highly anticipated delivery of the Cambria fire truck in David, Panama had finally come. As the jetliner descended Nancy Jerdee – Senior Vice President of Marketing, Shelly Nelson – Vice President of Marketing, and MATTER’s
President – Quenton Marty had little idea of the celebration that lay ahead of them. Upon stepping out into the rays of the Panama sun, they were met by the flashing lights of the Cambria fire truck and the proudly beaming faces of the Panamanian fire fighters, known as bomberos, awaiting their arrival. Together with Patrick McKittrick and Manolo Rodriguez of the Rotary Club of David and Philip McGuigan of Fundacion Amigos de Boquete, MATTER’s trusted Partners in Panama who organized the event. 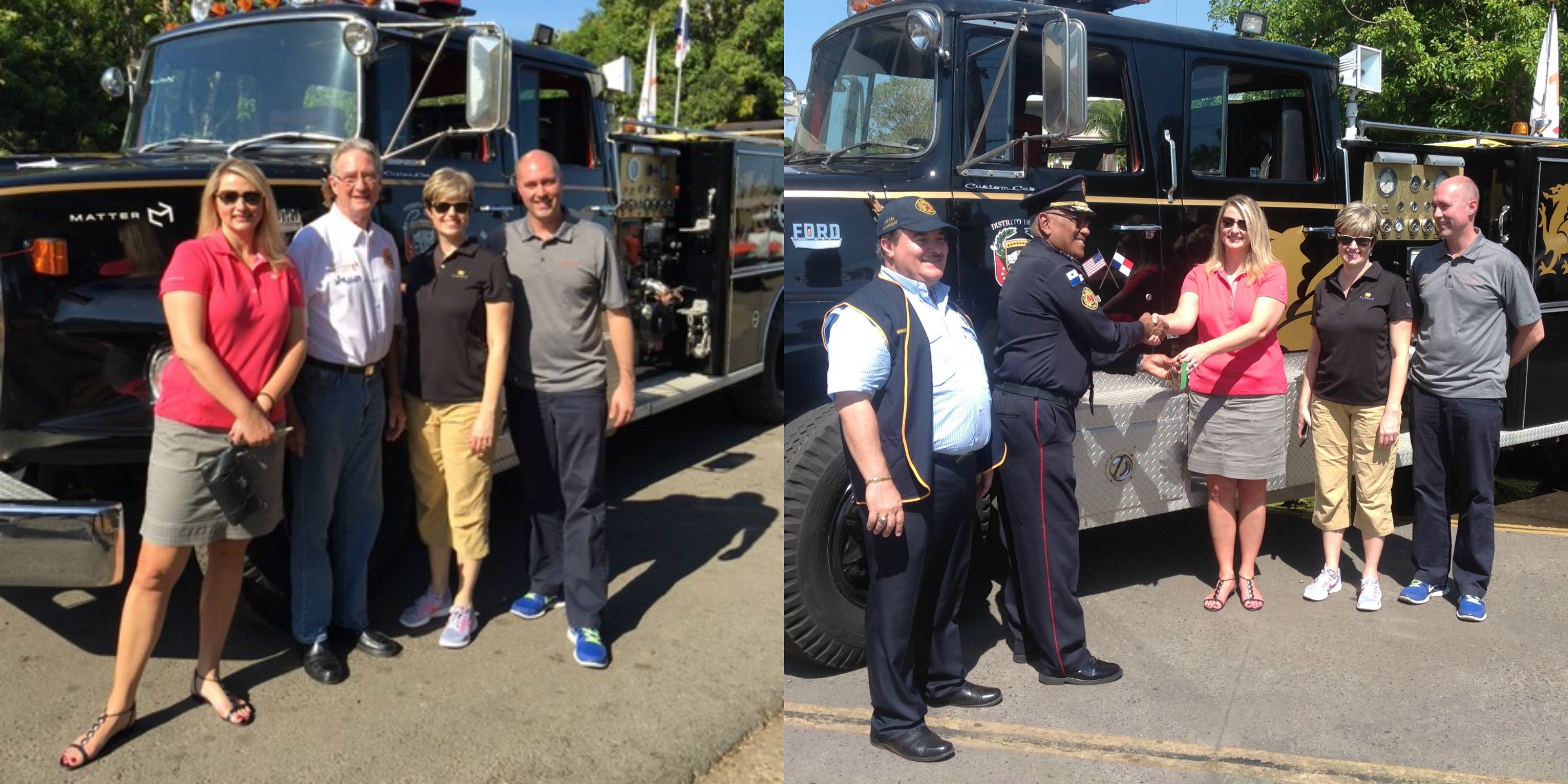 Lead by an honorary police escort, the trucks lights continued to flash as they rode through the streets of David, Panama to the fire station for a ceremony conducted by David city officials with the Fire Chief and other Senior bomberos. Nancy and Shelly participated in the ceremonial ‘transfer of the key’ with the Fire Chief, where he then expressed his deepest gratitude, explaining that through the gift of this truck, his men would be able to utilize their training and skills to their full potential to save more lives. The bomberos have nicknamed the truck, ‘The Black Pearl’ to match the magnitude of impact the truck will have within the community.

The celebration didn’t stop there, ‘The Black Pearl’s’ siren began to blare and it’s bright lights started to flash as the bomberos suited up in full gear to reenact an emergency situation. This display of their skills was an extraordinary showcase of their gratitude and talents as a community.

Following the Cambria fire truck celebration, Nancy, Shelly, and Quenton joined Patrick, Manolo, and Philip to visit the University of Panama Agricultural Sciences Faculty Center where Dean Juan Osorio gave a tour of the campus which includes 654 acres under cultivation and 741 acres devoted to cattle production. They then visited Nutre Hogar Chiriqui where President Yira Alvarado gave them a tour of the facility in which 40 severely malnourished children are provided loving care and medical attention, together with nutritious meals including MannaPack Rice and MannaPack D donated to Amigos by MATTER and manufactured by MATTER’s partner Feed My Starving Children. With assistance from Amigos, Nutre Hogar Chiriqui operates a Malnutrition Remediation Research Center for Feed My Starving Children, with detailed Enrollment and Outcome Reports provided each month to MATTER and Feed My Starving Children.

At the end of the day Patrick and Manolo introduced Nancy, Shelly, and Quenton to Hospital Materno Infantil Jose Domingo De Obaldia which, in September 2015, USAID named the best Hospital in Panama and Central America for the third consecutive year. Both Rotary and Amigos are supporters of Hospital Obaldia.

MATTER and Cambria are humbled by the care that the Panamanian bomberos, the David Rotary Club, and Amigos took to welcome our teams and show their appreciation of this partnership between communities. This project proves that through the power of collaboration, we can make people and things (like fire trucks) matter more, next door and around the world. 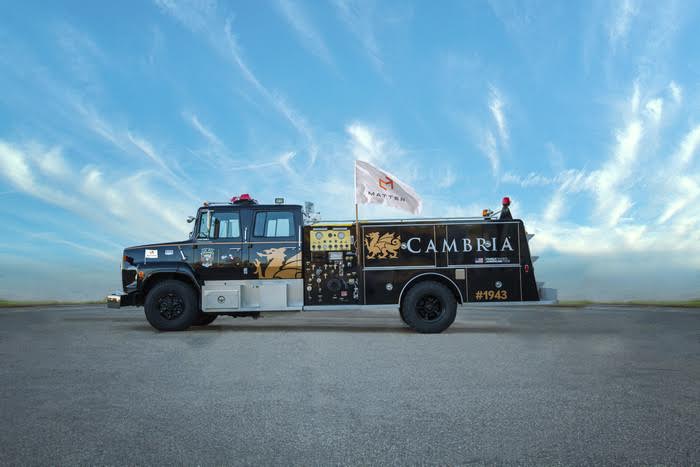 Find out how you can become a Company that MATTER