Previous Next
A Look Back

MATTERnation is a name that represents collective impact. Each of us has the opportunity to make a difference in the world; to cause a ripple effect for positive change. And when we look at the action taken by others around us, we are encouraged and inspired to do more. As thousands, and even millions, of people begin to learn of the collective impact of those they are connected to, a movement begins.

At MATTER, you make up a movement of resourceful and compassionate advocates who believe that every life matters. You have helped millions of people start a new path to a healthier life. And it’s because of you that all of MATTERnation gives great thanks during this Christmas and Holiday season. Please join me in reflecting on one story with our partner in Senegal, Africa. With the Roger and Nancy McCabe Foundation and the Gorgui Dieng Foundation, we are changing lives. Gorgui Dieng tells the story of a twelve year old boy named, Semi.

Gorgui said he truly learned the impact he was making in Senegal when he met Semi who was affected by kidney problems. He said the young boy and his father decided to go by “faith” to travel to see him at his annual offseason basketball camp after seeing him on television and learning what he was doing medically. The father had previously sold his house and car to get the money needed to pay his son’s expensive medical bills. At the time, Semi could not walk either.

Gorgui was able to get Semi enrolled for treatment in his hospital that aids with kidney dialysis, and get him transportation for his appointments and food. Semi has improved dramatically since having surgery. The teenage boy can now walk.

Because of your generosity, all of this is possible. Your contributions are highly leveraged and every dollar given to MATTER touches the life of a person. In 2017, we mobilized the $3.3 million dollars of donations you gave to help 3.3 million people get started on a sustainable path to healthier living.

As your family looks at year end giving, please consider MATTER. Your gift will make a difference in the lives of people around the world like Semi.

May your Christmas and Holiday season be blessed, 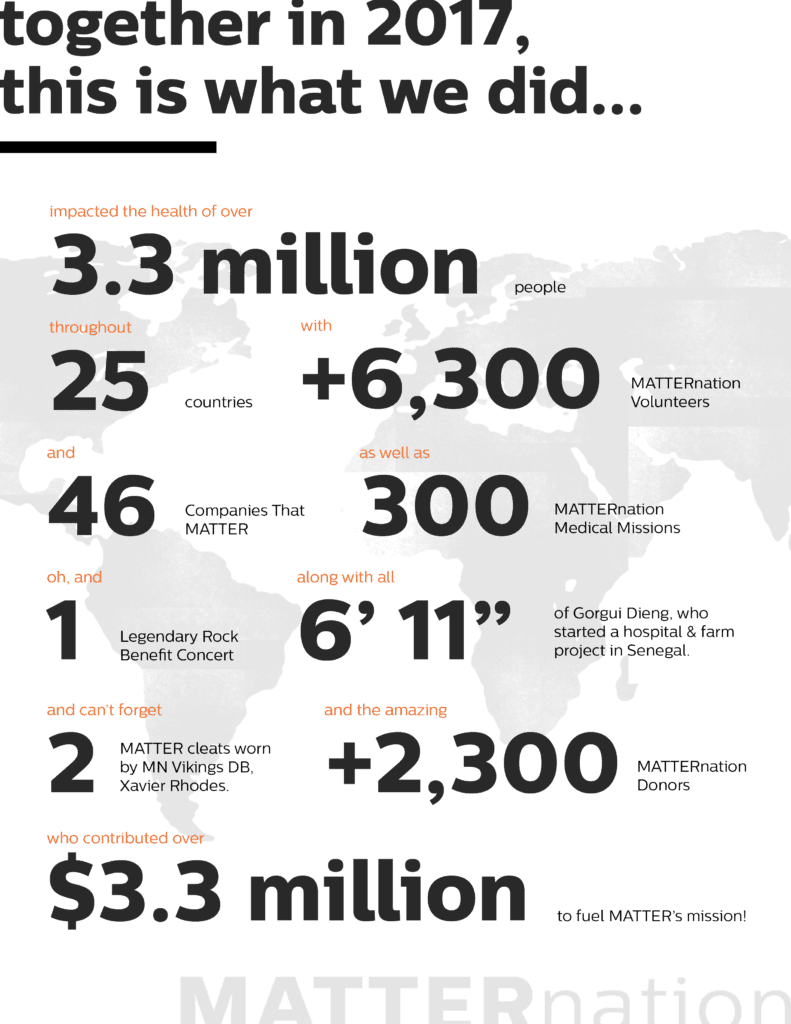 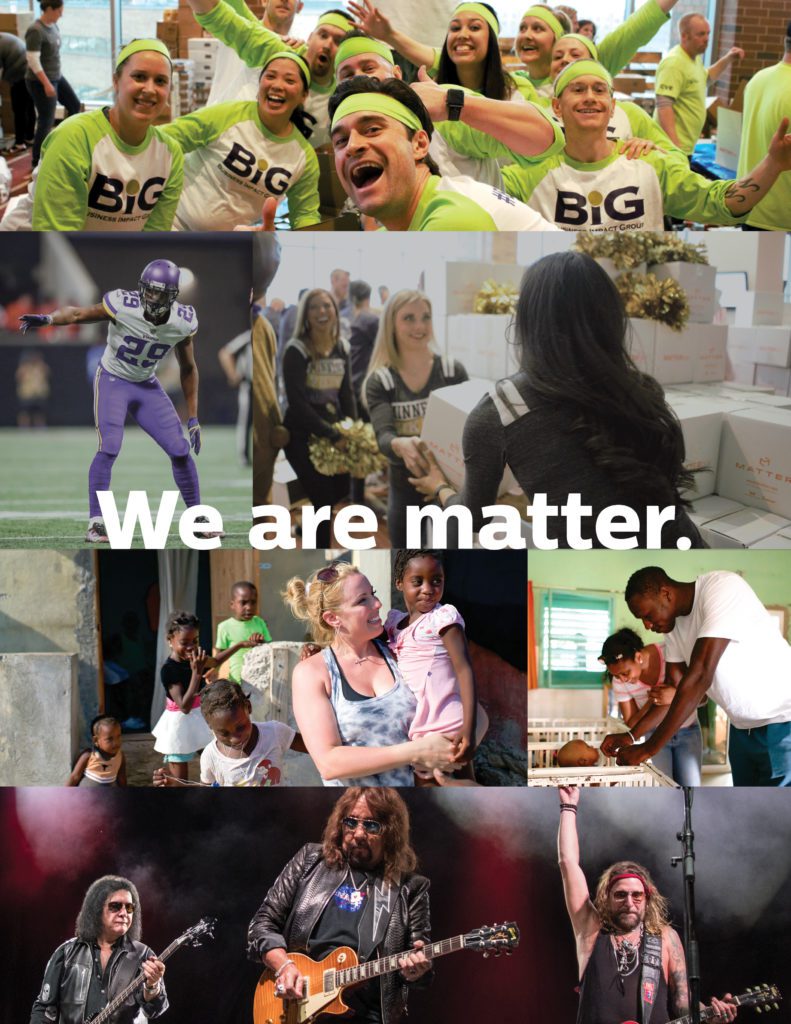